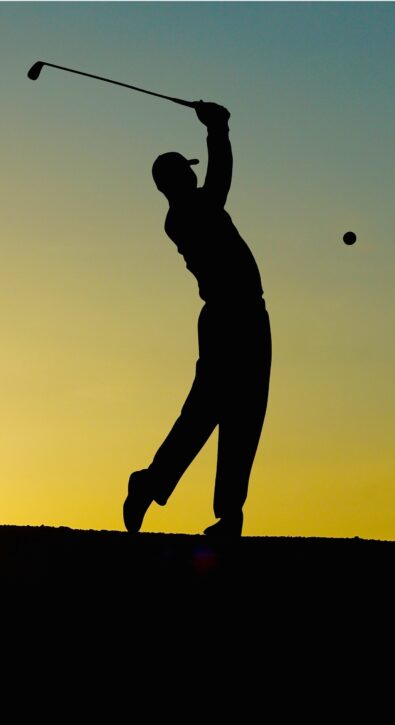 You reduce stress and anxiety

You will be energized

Your mind will be more lucid and alert

Your quality of life will be improved

NO NEED FOR GYM EQUIPMENT

Learn more on the 3 moves

«The 3 moves» curriculum will be included in an email that we will send you with all the documentation you need to decide if or not you want to dive in the Technique Nadeau®. There is no obligation on your part and we will never sell your email information.

Learn about the Technique Nadeau®. This fitness program was invented by a Canadian and it started to be very popular in the late 80s and still is in the 2020s. Yes 40 years later !

The Technique Nadeau® is a very gentle form of gymnastics, it requires no equipment and little space to execute, it is in the same vein as Yoga and Tai Chi.

It consists of The 3 moves that are repeated several times in a precise manner while accelerating the rhythm and the number of moves as you become more comfortable with the moves.

The secret is slow and progressive training according to the state of health of each person, and on regularity of a near daily practice.

There are 6 levels : Different rhythm or speed of execution and the number of total movements :

The daily practice of the Technique Nadeau® acts to reduce back and headaches, digestion problems, sleep problems and, above all, helping you to gain much better vitality at whatever level you are executing the 3 moves. The secret is consistency.

The Technique Nadeau® has been part of my daily life for over 35 years now. It all started in 1985, when, quite by chance, I saw on a television show Mr. Henri Nadeau who, following a severe “heart attack and partial paralysis of the left arm”, recovered superb physical condition. Through his exercise system, The 3 moves, he demonstrates how he was able to regain his flexibility, agility, strength and determination especially after such a deterioration of his general condition. As a physician, I was fascinated by this first contact with, let’s say, the NADEAU phenomenon. This led me to purchase the book “Rajeunir par la Technique Nadeau” (Rejuvenate with Technique Nadeau), published by Colette Maher in collaboration with Mr. Henri Nadeau.

Afterwards, my interest and enthusiasm were shared by my wife who followed the course, first as a student and then as a teacher at Colette Maher’s Yoga Studio. In such a context, I had the privilege of deepening my knowledge and mastery of the Technique Nadeau’s 3 moves and of appreciating their impact on the human body through contact with Colette Maher and Mr. Henri Nadeau. I became a fervent promoter of «The 3 moves» with my patients and loved ones because I could see the beneficial effects on the musculoskeletal, digestive and cardiovascular levels.

And another positive element that I discovered is that, now retired, golf has become an important activity in my leisure time and I believe that the Technique Nadeau, especially with its first and second moves, favors a better weight transfer at the hip level, so important during the golf swing. It is important to learn and integrate the moves of this system of exercises under the guidance of qualified teachers in order to benefit from all the positive effects.

Since then, the Technique Nadeau has become an integral part of my day, it has become my daily “drug”. For my part, performed every morning on an empty stomach and under the encouragement of Camille Hébert’s warm voice – I took care to record the full version on all my mobile devices to make it a constant companion wherever I go – it allows me to stretch, to invigorate myself, and especially to start my day with enthusiasm.

And what about the Technique Nadeau® ?

Hippocrates, Father of Medicine, born 460 Before Christ and died 370 BC at age 90 in ancient Greece, said that “the best remedy for mankind is walking“.

In the 80’s Henri Nadeau, an engineer, following a severe heart attack that caused partial paralysis of his left arm, recovered his superb physical condition through an exercise system he invented after watching television shows and reading many medical books. He invented what has become The 3 moves with the help of Colette Maher and the students in her Yoga Center.

Ok, what happens when you do the Technique Nadeau® regularly ? Your cardiovascular health is greatly improved by these daily moves. This system has multiple benefits for the circulatory system : Reduced risk of heart disease and stroke, lower blood pressure, and even lower blood cholesterol.

Now, it’s a well-known fact that a short walking expedition helps the digestive process. Studies show that walking lowers blood sugar levels and helps food move from the stomach to the intestinal tract. Imagine what happens in your stomach with the Technique Nadeau®.

The lungs, with every move you make within The 3 moves, fill up on oxygen. That’s good for your lungs and your airways. It puts oxygen in your blood. Also your daily moves do your joints, muscles and tendons a world of good. Walking improves the range of motion and lubrication of the joints. Imagine what The 3 moves does to your whole body, all this in the 3 axes of your spine. This is why some of the Technique Nadeau® followers find that their arthritic pain diminishes.

Research shows that the benefits of walking on cognitive functions are real. In The 3 moves, your neck makes many up and down movements, the yes move, inside the second and third moves. The links between physical activity and its benefits for cognitive health have been demonstrated by numerous epidemiological studies and are the subject of consensus among specialists. Regular physical exercise contributes to good cognitive abilities by increasing cerebral vascularization and promoting the development of new neurons. It also helps to reduce certain cardiovascular risk factors that are associated with neurocognitive disorders, such as high blood pressure, high cholesterol and diabetes.

The final print in this post will be equilibrium. The 3 moves improves your balance since the neural circuits that promote it are solicited in all of The 3 moves. Check with your doctor if The 3 moves are a good transformation solution for you !

We hope to help you transform your health with «The 3 moves» of Henri. It will take you about 20 minutes per day. You will become as addicted to this approach as we followers have been since 1985. the Technique Nadeau® will be an enjoyable part of your everyday life. It will be much easier than you think to fit this in your schedule. «The 3 moves» will transform your lifestyle ! And get this : These 3 movements are an excellent preparation for all other activities. Whether you are a golfer, cyclist, skier, tennis player, it prepare you for the activity with a deep warmup of all your vitals, you cannot beat this. Your sport performance will improve for sure.

Next, a vintage 1985's video of the
Technique Nadeau®

Hippocrates brings at mind :
Without oxygen, life is not possible;
life is motion, motion is life;
food is medicine, medicine is food.

Einstein said : The definition of insanity
is doing the same thing over and over
and expecting a different result.
TRY SOMETHING NEW !

How to get younger from the Inside Out ?
All present-day studies reveal that first proper food and secondly 20 minutes of exercise a day helps to attain robust health and gain freedom from chronic disease like diabetes, depression, and dementia. Technique Nadeau® can help your INTESTIN with the easy and complete system of «The 3 movements».

HOW TO BIOHACK THE MOVEMENT ? Very easy with «The 3 movements» of Henri Nadeau, the engineer who changed his life.
1.- Humans are designed by GOD to be active, but modern life (cell phones, television, commuting, work at the desk) has caused many people to spend most of their day sitting in a rigid, flexed, bent over position, leaning forward with no movement.
2.- «The 3 moves» can help to prevent high blood pressure, maintain a healthy body weight and can improve mental health, quality of life and well-being.
3.- According to the World Health Organization physical inactivity increases the risk of cancer, heart disease, stroke and diabetes by 20-30%. It is estimated that four to five million deaths per year could be prevented if the world's population were more active. Find the facts here at : https://www.who.int/news-room/fact-sheets/detail/physical-activity.

What is biohacking? Biohacking can be described as citizen biology or a Do-It-Yourself fix. For many "biohackers" it involves making small, incremental changes to one's diet and/or lifestyle to slightly improve health and well-being one day at a time.